5 Ohio Band Concerts You Should Enjoy in 2023 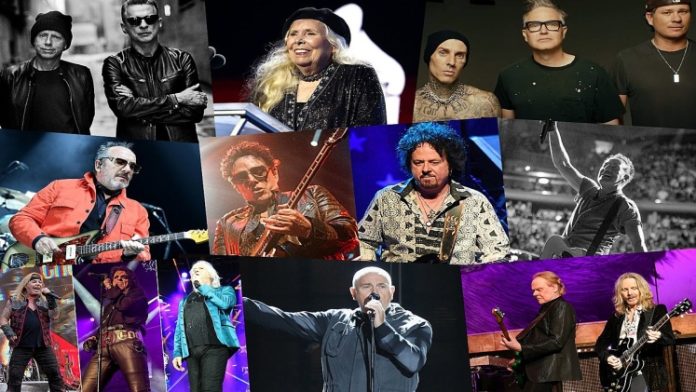 If you are from Ohio or planning to visit Ohio in 2023, you should make some time to go to live concerts.

The reason is that aside from all the tourist attractions, exciting places to see, and activities to enjoy, it’s always nice to spice things up with a sprinkle of music, especially live performances by bands of various genres.

To relieve you from conducting in-depth research and spending hours on which band concerts to attend, in this article, we will list five concerts in Ohio 2023 which are worth buying a ticket for immediately.

Let’s not waste any more time and begin our journey.

The Menzingers have released 7 studio albums by now, the last one titled From Exile, which became available for their fans on September 25th, 2020. They aren’t a band with massive popularity worldwide, making them even more unique since they stay true to their punk rock roots.

This September 2022, the band made an announcement they’ll reissue their On the Impossible Past and its demos On the Possible Past for their 10th anniversary on vinyl and digital release.

This band is an American country music band that has been part of the music industry since 1982. The founding members include Danny Gregg, Matt Davenport, and Ty Herndon, but after undergoing membership changes, Diamond Rio has had the same 6 members since 1989.

Diamond Rio made a deal with Arista Nashville and made a debut with the single Meet in the Middle in 1991. This single made them the 1st band ever to send a debut single to number one on Billboard’s Hot Country Songs charts.

They have 10 studio albums, 36 singles, and 6 compilation albums. What makes them attractive, as you can see above, it’s their mix of various instruments and different singing voices, from banjo to fiddle, from tenor to baritone and everything in between.

The Commodores are a funk and soul band, and one of their past members is the legendary Lionel Richie, so you already know why it’s worth going to one of their live shows.

The members of this band met as freshmen at Tuskegee University back in 1968 and signed with the record label Motown in 1972. The first time they caught the attention of a larger audience was when they were the opening act for Jackson 5.

Their most successful period indeed was when Lionel Richie was the co-lead singer from the late 70s to the early 80s, but they are still an exciting band to watch live if you are a fan of soul and funk music. The Commodores became part of the Vocal Group Hall of Fame and Alabama Music Hall of Fame, and they have sold more than 70 million albums across the globe. Also, they have won one Grammy out of their 9 Grammy Award nominations.

Today’s band members are William King, Walter Orange, J.D. Nicholas, and Pierre Lewis Sr, and if you want to buy concert tickets in Ohio, The Commodores is a perfect choice.

A much younger band, Greensky Bluegrass began its musical journey in the mid-2000s as a five-piece bluegrass jam band. It was founded in Kalamazoo, Michigan, and it’s one of the rare, impressive bluegrass jam bands you can see perform.

Greensky Bluegrass has had its evolution over the years from three to five members, and what’s even more fascinating is that it’s touring with a whole light show and adds eclectic effects.

And that’s not all since what makes this band even more impressive is that partly because of their name, various articles were written about how Greensky Bluegrass isn’t quite bluegrass. However, the band describes their sound as their version of bluegrass music. They mix the rule-breaking spirit of rock and roll with an acoustic stomp of a string band.

The Winery Dogs is another band for which it’s worth looking for the best place to buy cheap concert tickets since it’s an American rock supergroup consisting of Richie Kotzen, Billy Sheehan and Mike Portnoy.

This band was formed in 2012, and they have 3 studio albums, The Winery Dogs, Hot Streak, and Dog Years(which is actually an EP). Their first album peaked at number 3 on Top Alternative Albums, 4 on Top Independent Albums and Tastemakers, 5 on Top Rock Albums, 8 on Top Internet Albums, and 30 on Canada Top Internet Albums.

Mike Portnoy was the co-founder of Dream Theater, Richie Kotzen was a Poison member, and Billy Sheehan has been playing for David Lee Roth and Steve Vai, so it’s evident why The Winery Dogs are a rock supergroup.

So, whether you are from Ohio or visiting Ohio in 2023, make sure to have a lot of fun by attending at least one of these live concerts!

What to Do if Your Age is Affecting Your Health