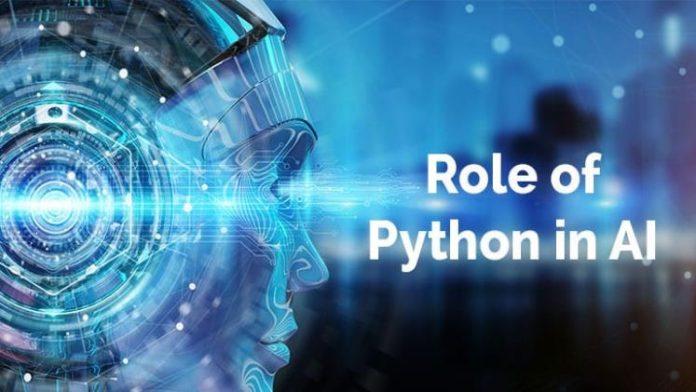 Coding governs the world we live in today. Software is essential to the smooth operation of every sector, including banking, healthcare, the military, research, education, communication, and many more. Numerous programming languages help in creating and operating this software.

Python is one of them and has become one of the most popular and lucrative programming languages. Its enormous libraries and frameworks, which power the process, are the fundamental cause of this language becoming the most preferred certification course among aspirants.

It makes sense that Python is becoming more and more popular among developers, given that it is currently employed in data science and related applications. Gaining a solid understanding of Python enables you to develop your analytical abilities. A data scientist or even someone in the IT industry is now expected to know Python. So it’s wise to get a Python certification if you plan to enter IT or data science.

There is nothing you can’t do with Python. The opportunities are limitless. Python has been the go-to language for novice and experienced programmers and developers worldwide, from developing websites and software to data analysis and visualization.

To understand the possibilities and applications of Python, you need to look at the phenomenal real-world Python case studies.

Tech giants like Google, Instagram, and Spotify use Python for its simplicity, ease of use, and versatility. Python is often underestimated as a basic programming language, but it’s proven versatile enough to be deployed in the advancement of every growing sector today!

What are some uses of Python?

You can create practically any application using the rich frameworks, tools, and modules offered by the Python ecosystem. From websites and software applications to games, you will find Python in almost every IT and data science segment.

Python’s vast choice of developer-friendly frameworks, including Django, Flask, Bottle, and many others, makes it a great tool for website development. Python also has built-in modules and tools that simplify the website-building process.

Python provides benefits like a faster development process, ease of use along with outstanding visualization. So, it’s no surprise that web developers worldwide prefer Python over other programming languages.

Creating AI and ML algorithms is made easier by Python’s built-in tools and modules. Additionally, it provides developers with clear, concise, and readable code, making it simpler to create sophisticated algorithms and a flexible flow.

For example, Machine learning is being deployed to produce a new drug for combatting cancer.

Games like Civilization IV, Battlefield 2, and World of tanks are some of the best examples of how amazing the contribution of Python applications can be in game development.

Python programmers can quickly develop arcade, adventure, and puzzle games with this language. Python’s open-source game development libraries like pygame, panda3D, and Cocos2D make developing a game with advanced features effortless. So, it’s not surprising that certified Python programmers are shaking the world of online gaming.

Python’s ability to support project ideation and development makes it the top choice of software developers. Softwares like Google, Netflix, and Reddit use Python.

Python’s advancements make it possible to work with quickly evolving technologies like artificial intelligence and machine learning. These embedded functionalities make it a popular option for software development.

Python is an interactive programming language that assists programmers in quickly and effectively creating GUIs. It offers many built-in frameworks, including PyQT, kivy, wxWidgets, and many other libraries, that may be used to create a fully working GUI in a very efficient and secure way.

Python is a helpful programming language for analyzing and manipulating images. Thanks to its open-source dependencies, you may extract and edit features with just 8–10 lines of code, which are frequently installable on your command line.

Python’s audio and video applications are undoubtedly its most spectacular feature. Python comes with a lot of tools and libraries that will help Python programmers do their assignments perfectly.

It should not be surprising that Python can also be utilized in embedded systems development. Python’s popularity can be attributed to the maker movement and Raspberry Pi.

Businesses can create scalable, complete apps with Python easily. Business analysts can create and deploy Python apps using tools like Tryton and Odoo, which is a business management software that helps businesses acquire automated solutions for their processes.

Python is a versatile language that can be and is used in any and every industry. So learning how to use this tool efficiently will benefit your career. We hope you understand how Python simplifies the lives of data scientists, software developers, product designers, and other professionals.

Whether it’s building web applications using practical Python frameworks or employing data science and machine learning to optimize a company’s outcomes and strategy, Python programmers are the ones companies look out for.