HomeNewsTop Water Contamination Lawsuits You Should Know About

Top Water Contamination Lawsuits You Should Know About 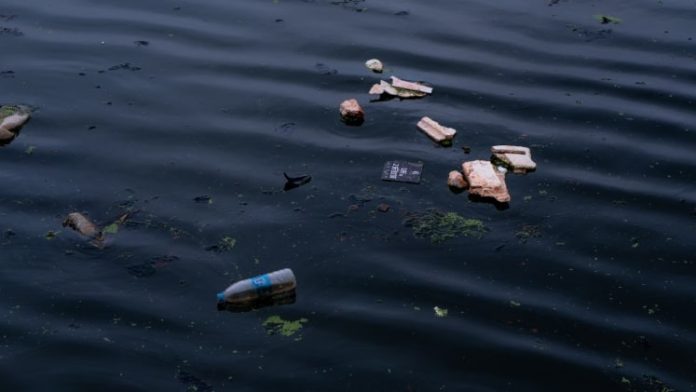 The safety of our water supply is a hot topic in the news, and it’s important to know the most significant water contamination lawsuits. Water contamination can cause serious health issues like cancer and congenital disabilities. Some contaminants, like lead or mercury, are inorganic, meaning they don’t break down over time and only dissipate as they get dispersed into other substances, such as soil or air.

What Is Water Contamination?

Water contamination is a severe problem that can occur in the environment or your home. It happens when harmful substances like bacteria, viruses, fungi, or chemicals enter a body of water and make it dangerous to consume. Many different processes and substances can cause water contamination. The main culprits are contaminants like sewage and chemicals from industrial facilities.

However, when it comes to the most significant source of water contamination is feces. According to the WHO, around 2 billion people are drinking from a water source that is contaminated with feces. Moreover, contaminated water can lead to numerous health conditions, such as diarrhea, cholera, acute respiratory infections, etc.

In some cases, people living near industrial plants might also suffer from toxic waste leaching into their drinking supply through runoff from nearby landfills or even runoff from chemical spills on their property. To make matters worse, there’s no way of knowing exactly where these hazardous materials will end up once they’ve been released into nature, so you’ll need to take precautions no matter where you live if possible.

Water contamination can occur in several ways. A common form of water contamination is when underground or surface waters become polluted with chemicals or other materials that harm humans and the environment.

One way this can happen is when an accident at a nearby factory or industrial plant releases toxic chemicals into the surrounding environment. Industrial waste can contain non-biodegradable substances, such as plastic, pesticides, heavy metals, etc.

Suppose you live next door to such a facility. In that case, you may have noticed that your family has gotten sick more than usual lately. There’s a good chance that your drinking water is contaminated by runoff from these facilities.

Another way drinking water can become contaminated is if there are oil spills in local rivers and streams. One such example is Hurricane Katrina in 2005, when oil refineries along Louisiana’s Gulf Coast were submerged underwater for weeks on end by floodwaters high enough to reach their roofs. Oil spills like this one occur quite often during hurricanes and other weather events that cause flooding throughout coastal cities.

However, they’re not always reported until long after they’ve happened due to damage sustained by communications infrastructure on site due to high winds ripping off roofs or damage caused by floods washing away entire buildings/etc., so it might take time before news outlets report these problems publicly even though they’ve occurred several years prior.

The Camp Lejeune Water Contamination Lawsuit refers to claims made by veterans stationed at Marine Corps Base Camp Lejeune in Jacksonville, North Carolina, between 1953 and 1987. The plaintiffs allege that they suffer from various medical conditions, including cancer and kidney disease, due to drinking contaminated water at the base.

Camp Lejeune was one of the largest Marine bases in the United States during this time. It served as a training ground for recruits during World War II before decommissioning after being used as an amphibious assault training facility for Marines fighting in Vietnam.

In 1987, a study by the Centers for Disease Prevention and Control found that the water supplied at the camp was contaminated. The veterans and their family members started filing a lawsuit for the same in 2016. While it was initially declined, the lawsuit has now been approved, and the Camp Lejeune Justice Act has been formed.

The Camp Lejeune Justice Act, formed in 2022, ensures that veterans or their family members exposed to contaminated water get compensation for their suffering. It is a part of the Honoring Our Pact Act and offers health benefits and settlement claims for diseases caused due to water contamination.

If you or someone you love has been exposed to PFAS-contaminated water, it’s essential to know that you can file a lawsuit and recover compensation for your injuries. According to Bloomberg, around 6,400 PFAS-related lawsuits have been filed in 17 years between 2005 and 2022.

The most common PFAS compounds are perfluorooctanoic acid (PFOA) and perfluorooctanesulfonic acid (PFOS). These chemicals have been used in the production of many household products. They are in many consumer goods, including carpeting and furniture, clothing, food packaging materials, paper plates, and cups. They have also been found in fluoropolymer firefighting foam used by military bases across the country.

These toxic chemicals can cause health problems such as thyroid disease, kidney disease, high cholesterol levels, and pregnancy-induced hypertension. In addition to these symptoms caused by direct exposure, people who live near military bases where firefighting foam containing PFAS is used may also be at risk because these compounds can easily migrate through groundwater supplies into nearby drinking water systems.

Lead is a heavy metal used for years in paint, pipes, and water. Exposure to lead can cause serious health issues, including brain damage, learning disabilities, behavioral problems, and even hearing loss.

One of the most known leads water crises was witnessed in Flint in 2014-15. Around 12 people died of the problem as the water supplied contained lead. Many people have filed a lawsuit to seek compensation for health hazards they faced. According to BBC news, the claim settlement reached $626 million.

In conclusion, there are many ways that water can be contaminated. While the list above is not comprehensive, it provides a general overview of some of the most common types of contamination and their effects on human health.

There are also many potential solutions to water pollution issues, such as adding filters to your tap, using organic products instead of synthetic ones, and recycling greywater from household activities.